The purpose of this essay is to practice your professional writing skills, especially related to formatting, structure, logic, and analysis of relevant passages from sources. It is also your last opportunity to demonstrate knowledge of the required texts and the historical context in which they were written. Ideally, too, you will make a scholarly argument that has some relevance to how people read and think about “American Literature.”

END_OF_DOCUMENT_TOKEN_TO_BE_REPLACED

More next week with Henry David Thoreau’s 1849 essay “Resistance to Civil Government” (aka “Civil Disobedience”), but here are three LOCAL things that are connected, in ways, to Thoreau and his historical, political, or cultural influence. All three – are free: 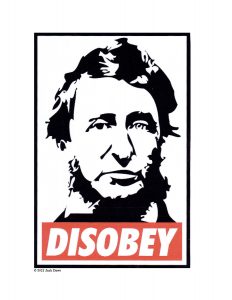 You Say You Want a Revolution: Remembering the 60s (see also here), at the main NYPL Schwarzman Building at 42nd Street and 5th Avenue (free access). It’s the 1960s, but Thoreau is in the show.

And at the Whitney Museum of American Art, An Incomplete History of Protest: Selections from the Whitney’s Collection, 1940-2017 (free with CUNY ID).

From Judith Sargent Murray’s 1790 “On the Equality of the Sexes” to the very recent Equality Archive website — do connections exist, or in what ways? From the about page, Professor Shelly Eversley describes the website as “a digital theater for the history of the struggle for women’s rights in the history of the United States.”

In what ways, perhaps, are Murray’s arguments about gender and equality a relic of the past (long out of date), or how are they remarkably current? Is Murray making arguments about sex and gender that are profoundly conservative or quite radical — or perhaps both? Is this essay Murray’s version of her own “declaration” of independence? How do we read the tone or voice in it? How do Murray’s ideas possibly intersect with issues of class and race?

This is a loose connection: Murray is 1790 but Frederick Douglass was a proponent of women’s rights and joined the abolitionist movement in 1841. See this entry — A Woman’s Rights Man — on Equality Archive for more on Douglass, women’s suffrage, and woment’s rights.

END_OF_DOCUMENT_TOKEN_TO_BE_REPLACED

“It was the first of a long series of such outrages, of which I was doomed to be a witness and a participant. […] It was a most terrible spectacle.” – Frederick Douglass, Narrative, p. 4 (Dover)

“My Life is for itself and not for a spectacle.” – Emerson, “Self-Reliance”

Spectacle, noun, “A specially prepared or arranged display of a more or less public nature (esp. one on a large scale), forming an impressive or interesting show or entertainment for those viewing it.” – Oxford English Dictionary

I am thinking about this still, and I don’t mean to suggest very different things are the same, but Frederick Douglass’s mention of “spectacle” — specifically the spectacle of violence, and spectatorship — reminded me of a protest last year during the 2017 Biennial at the Whitney Museum of American Art (a museum that you can get into for free with your CUNY ID). 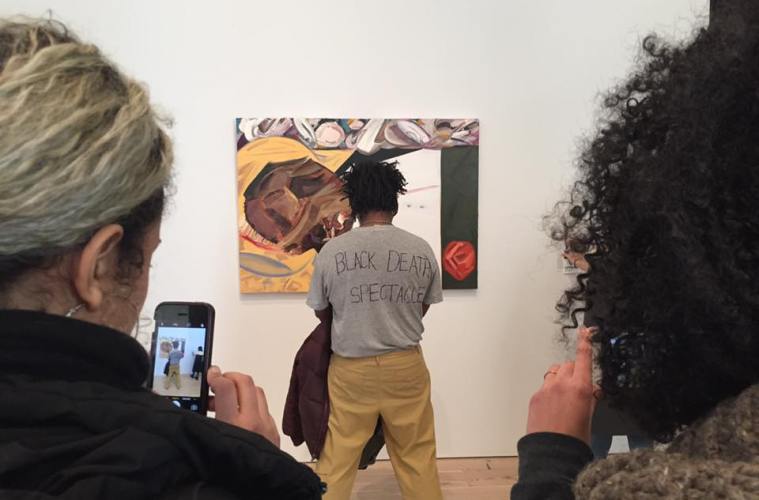 Though the historical context is very different, Douglass’s Narrative (and the letters in the beginning by William Lloyd Garrison and Wendell Phillips), published in 1845, raise issues around representations of slavery, racial violence, questions of who gets to speak (authorization to speak), moral suasion (Garrison), education to effect change, and personal experience and perspective (Douglass states that he “was doomed to be a witness and a participant”). Further, Douglass, Garrison, and Phillips did not always agree on all points about ways to oppose slavery. (A related issue, that will come up with Thoreau next week, has to do with forms of opposition, violent or nonviolent). 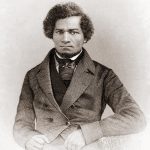 Photo of a younger Frederick Douglass.

Broadly, these are questions about representation in literature and art, and forms of commemoration in museums, monuments, and historical records.

More below on protests against artist Dana Schutz’s painting of Emmett Till, the film 12 Years a Slave, Erased Lynchings by artist Ken Gonzales-Day (reference from a student in the morning class), archives, and more:

END_OF_DOCUMENT_TOKEN_TO_BE_REPLACED

Forum time! But this time slightly different. Read ahead.

There are 5 posts on the forum that have already been started for our discussion.

Rather than start multiple topic threads, we thought we would try setting up several posts and have more discussion generated around certain discussions. Within that, though, conversations may take different directions. As always you can respond to individual posts, or to the general discussion.

The full title of our reading, which is unfortunately not on the cover of the Dover edition, is: Narrative of the Life of Frederick Dgoualss, an American Slave, Written by Himself. (Image here of Douglass on the New York Historical Society Museum website.)

“Written by Himself” (or, “Written by Herself” in the case of Harriet Jacobs) as a significant fact…

You might find interesting the first six or so pages (or further) of this essay by novelist Toni Morrison called “The Site of Memory” in which Morrison places Douglass in relation to other slave narratives. She discusses the ways in which these accounts are “surrounded by (‘loaded with…) documents attesting to [their] authenticy” and questions of audience.

Contrary, perhaps, to Danielle Allen’s claim in her book Our Declaration that Thomas Jefferson meant everyone – black and white – when he wrote “all men are created equal” in The Declaration of Independence, novelist Toni Morrison argues that the “climate in which” some slave narratives were written “reflected not only the Age of Enlightenment but its twin…the Age of Scientific Racism.”

END_OF_DOCUMENT_TOKEN_TO_BE_REPLACED

In the context of The Declaration of Independence reading (and recent events, of course), we thought it would be interesting to read, read closely, The Second Amendment. Just 27 words. What if we just looked at, looked up, and thought about the words, the commas, and the clauses that are in that amendment? It is mentioned so often — but what are the words in it?

As we might all know, there is no shortage of commentary, discussion, debate, or argument, online and in the media, about The Second Amendment. We thought it would be interesting to look at, only at, the text.

But then after that close reading, we went looking for more. Where did those words come from — or what’s the afterlife of that language in other documents?

Here attached is the document of other texts mentioned or handed out in our subsequent classes. This includes excerpts of other texts that give some historical context (before and after The Second Amendment), up to more recent discussion about the language of the amendment on Wikipedia’s Talk Page.

The Second Amendment from the Bill of Rights — part of the first 10 amendments to the U.S. Constitution — was adopted December 15, 1791. But, as Paul Hebert put together at the beginning of this document, this amendment was written in the context of preceding documents (including The Declaration of Independence), and it has since become situated in relation to other writing after that, legal documents and otherwise.

Or, following Danielle Allen’s example in Our Declaration (a book I keep mentioning, even though I’m not sure how I feel about it at times) and her discussion of “equality” and other words (historically to the present), I wondered about looking to some other domains for written commentary and discussion (from a scholarly source to Wikipedia’s Talk Page).

This was getting further away from the idea of looking “just at the text” (often a useful thing to do — whatever “just the text” might mean, or if that is even possible?). I do think all of the examples here show something about the ongoing discourse around these words and ideas – in others documents, in the law, in other spaces for writing, and in the culture. From 1689 and in the years shortly after, to the present, and almost certainly, for many years ahead.

Up for discussion this round are Frederick Douglass’s “Self-Made Men” (1895) and Ralph Waldo Emerson’s “Self-Reliance” (1841). We are back in class on 4/9-4/10, so by all means, go at it or round and round with Emerson and Douglass on the forum this week ahead. Think about titles or tags, as you’ve been doing.

Great if you show ideas from later in either text. Aim to read Douglass also before posting.

Group B, we suggest one of three possibilities for your posts. And suggestions for response from Groups A & C. Keep reading…

END_OF_DOCUMENT_TOKEN_TO_BE_REPLACED

Who checks Emerson’s influence on the culture? Benjamin Anastas does, in this 2011 New York Times article titled “The Foul Reign of Emerson’s ‘Self-Reliance.'” Anastas argues that the “The large problem with the essay…has been Emerson’s tacit endorsement of a radically self-centered worldview.”

Literary critic Harold Bloom takes a more measured tone in this NYT Opinion piece “Out of Panic, Self-Reliance.” Bloom contextualizes Emerson as writing during a time of bank failures and economic crisis in 1837 (Bloom is writing in 2008, just before the presidential election, and in the context of the financial crisis of 2007-2008).

Vulgar appropriation or creative use? Click “continue reading” for one possible answer:

END_OF_DOCUMENT_TOKEN_TO_BE_REPLACED

This video clip of Congress approving the Declaration of Independence from the 2008 John Adams miniseries.

Unanimous agreement is difficult to get (talking to you, New York, at 0:58). Or, when it took weeks (if not months) to get news and information:

Click “Continue Reading” for another video, “A Period is Questioned in the Declaration of Independence,” and a few reviews of Our Declaration:

END_OF_DOCUMENT_TOKEN_TO_BE_REPLACED

Need help with the Commons? Visit our
help page Send us a message

Built with WordPress | Protected by Akismet | Powered by CUNY